We are only a few days into 2023, and it feels like Christmas was a hundred years ago. My husband and I took down the tree two days after Christmas and packed everything back into storage. We were both ready to start a new year.

I mentioned before that I’ve decided on a couple of big goals for this year. One is to get my pen name (Stacey Christine) up and moving with a fun sweet sports romance trilogy. I took a nice long break after keeping my promise and getting all of the Tales of Darkwood books published in a year. Here’s the latest one, it clocked in at 107,000 words. I am very proud of it. 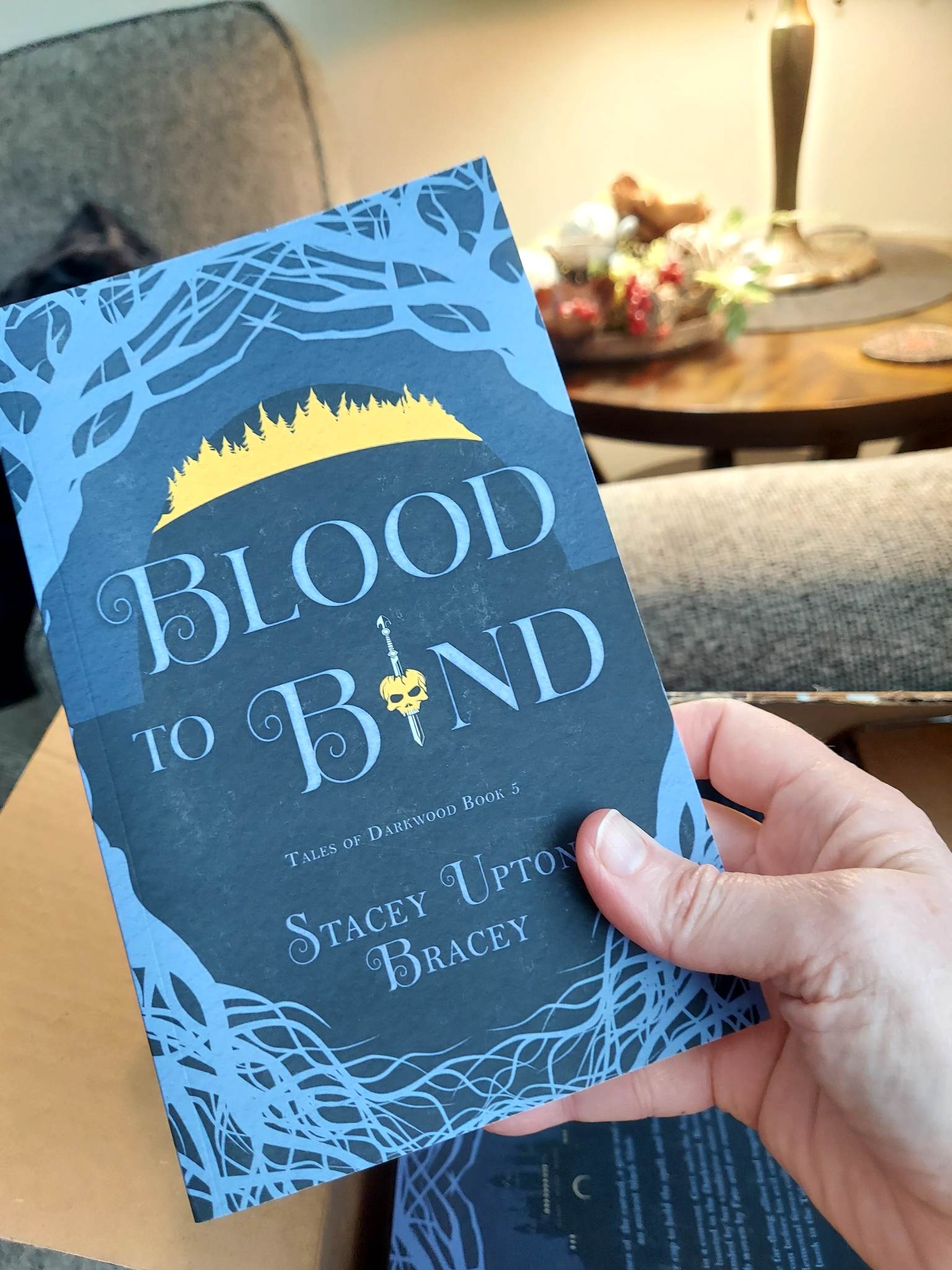 I started back writing on January 1st, and now ten days later, I’m nearly done with the set-up prequel, so if any of you are romance readers, let me know. I’ll need 2-3 beta readers checking my work for gaps in the story, or if something doesn’t work next week. The novella will be around 30k words, or 120 pages. I’ll also be starting a newsletter specifically for Romance next month, so let me know if you’d like to get on it. I’ll have deals for Romance books in it, a link to get this first novella, and good recommendations along with snippets from the trilogy as it progresses. Will Megs fall in love with Zach the buff triathlete, or with Jeb, her high school sweetheart, who she hasn’t spoken to in ten years because of a terrible mistake?

I have to say writing a contemporary romance is… easier than writing the dark fantasy. Mostly because I can say someone pulls up to a stoplight, and you all know what I’m talking about. As opposed to say, the rabbit holes I’d disappear down when mentioning something as innocent as a bakery in a medieval town. In order to describe it properly, so you’d feel that you were there, and wanting to be as historically accurate as possible, I’d find myself googling what the interior of a 1450s bakery really looked like, and how the oven worked, what sort of tools they used, how long did it take the bread to bake and were the ovens inside or outside, and if they sold the things on the premises, or did they have delivery boys, and did they keep their own goats and chickens or were those things purchased… you see how it can get a bit more… involved.

The other reason I’m finding the words flowing easily is that a Romance genre by definition must end happily, so it becomes rather fun to write. I mean… every one of the five books in the Darkwood series ends on a “happily for now” note. But it is medieval times, and the source material is Grimms, so really, how happy could it be?

I will say my Darkwood characters, Gert in particular, are SCREAMING at me about this. Gert wants her own story, and the quicker the better. She’s a pill, that one. And I will get back to the Darkwood after I finish the trilogy of Sweet Sports Romance. The Darkwood turned out to be a place rich with stories. I plan on twisting The Three Little Pigs, Aladdin, and The Little Mermaid. Let me cut you off as you shake a finger at me and say that those are NOT Grimm’s Fairy Tales. Yes, I am aware that Little Mermaid is a Hans Christian Andersen story, and that Aladdin comes from a far older, really wild Middle Eastern tale. In fact, I just learned by reading a book for book club that it was actually the British explorer Sir Richard Burton who translated the Arabian Nights into English. As a person, Burton left much (much!) to be desired, and he never found the source of the Nile, but he did know 29 languages, and a did a great job in bringing us the Arabian Nights. He also brought us the Kama Sutra in case that’s more to your taste.

My other big goal is going into training for a half Ironman. Which, you know, involves running, which I haven’t done in a long time (roughly 30 years) and biking, which I did for a brief time about twelve years ago. In other words, yours truly has been doing things outside her comfort zone. I did a five-mile walk/run today. It went okay. I will maintain high hopes while I ignore my disgruntled feet.

I’ve also been watching what I eat now that we’ve started a new year. It is much easier to run if you weigh less, just saying. I have to put a plug in for Trader Joes’s bagged salads. There are a couple that I’ve been eating for a long time, but two new ones have recently cropped up and I cannot get enough of them. The first is the Dill-icious one, which, I kid you not, is a riff on Dill Pickles, and has potato chips for the crunch in it. I love a good dill pickle, and when my son recommended it, I had to give it a try. High marks. The other one is even better, the Elote Chopped salad. It is SO GOOD. It has little cornbread crumbles, and a little bit of Cotija cheese to go with all the chopped veggies and the tasty dressing.

I am a bit fussed about how much plastic they use to package up these salads but grab them when you can. My understanding is that they are a seasonal item.

How are your resolutions going? Let me know in the comments and let me know if you’d be willing to be a Beta reader for my initial foray into Sweet Sports Romance. I’ll be choosing those folks by the end of this week.