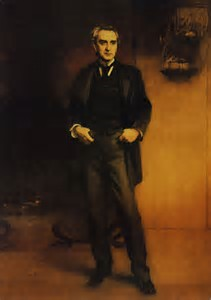 “This is the worst flea season Dallas has ever had.”  Not what you want to hear from your vet. Not in your first summer in Dallas.  We had resigned ourselves to hot, but an abundance of blood sucking bugs as well is beyond the pale.  Craig said its our version of the plague of locusts.  He was only partially kidding. We do seem to be marching through the biblical cannon of disasters. We had the earthquake in Los Angeles, flood in Johnson City, fire here in Dallas, and now mini-locusts.  Hyperbole, I know, but we are certainly feeling Job-esque.  I hate bugs. Back in my college days In Chicago, my friend Jane and I sublet an 3rd floor walk-up apartment from some guys in the theatre department. Our third roommate was a hold-over of theirs and he was just weird.  Jane and I didn’t see much of him, but he had terrible habits, like leaving frozen meat out on the kitchen counter to thaw.  Coming home from a play rehearsal late one night, I entered from the back stoop and flicked on the kitchen light. The whole room – floor, countertops, cabinets – MOVED as at least a million huge cockroaches fled from the raw rotting meat feast they had been enjoying. I don’t think Jane and I stayed much longer after that. I’ve had a thing about bugs in my house ever since.

This situation is not as bad, but it’s still bugs. I’d rather live in alternate world where the sudden appearance of tiny jumping things in my living space are figments of my imagination, or as Scrooge said, “an undigested bit of beef”. No such luck. To stay ahead of the buggers, we vacuum daily, and spray all the furniture and carpets with lovely botanical oils that kill fleas. The house is super clean and smells good.  That’s an upside.  The vet claims it’s just the environment we are in, and really nothing can be done except be vigilant until the next cold snap puts the little jumpers* to sleep.  The dog is fine, she has gobbled up a pill and is flea-free.  She also gets to be nicely groomed as we use the flea comb on her after each walk, and she gets extra baths.  She likes both of those activities so the dog is probably thrilled with flea season.  Conversely, my husband and I are skeeved out for about 70% of our waking moments, and are washing and drying everything on HOT.  It’s time consuming and annoying, but we’re determined not to be brought down by this current act of the dreadful bad patch of 2017.   So fleas beware, if you cross our threshold you are dead, dead, dead. And your little eggs too.

We’ve brought our oldest son Steven into the battle of the bugs with us, and he was good-natured enough to help out and get us ahead of the curve with it these past few days.  By way of apology, we took him and ourselves to the delightful Amon Carter Museum of American Art in Fort Worth.  It’s fantastic, reminded me architecturally of the “new” Getty in LA.  The museum is free all the time, as is the parking.  That’s what an oil fortune well-invested will get you.  My thanks to Amon Carter for this treasure. There is a massive collection of art by Remington and Russell, gorgeous paintings and bronzes and whimsically illustrated letters. Remington was a terrible speller, but sure could draw. The detail of the bronzes up close is amazing, as are the differences between sand cast and lost wax techniques. Paintings by John Singer Sargent, Mary Cassatt, Winslow Homer, Bierstadt, Georgia O’Keeffe and many other works are housed here as well. We loved it. The featured image is Sargent’s portrait of Edwin Booth in his advancing years. I wonder how hard it was to continue his acting career after his younger brother shot the president? The man in this painting looks haunted to me, and the dying embers in the fire make me think of a once-bright career dimmed and going out. While in Fort Worth, we rounded out our soul-satisfying day by going to In-And-Out Burger for lunch.  I always get the vegetarian, while the boys had “animal style” double doubles, and we shared the fries.  A delightful day all in all.  And when we returned home, we vacuumed, sprayed, and washed our clothes.  Again.

*I wanted to use a different word here, which also ends in ers.  But I didn’t.